MetrumRG Soccer Day - The "Other" Soccer Game of the Week! 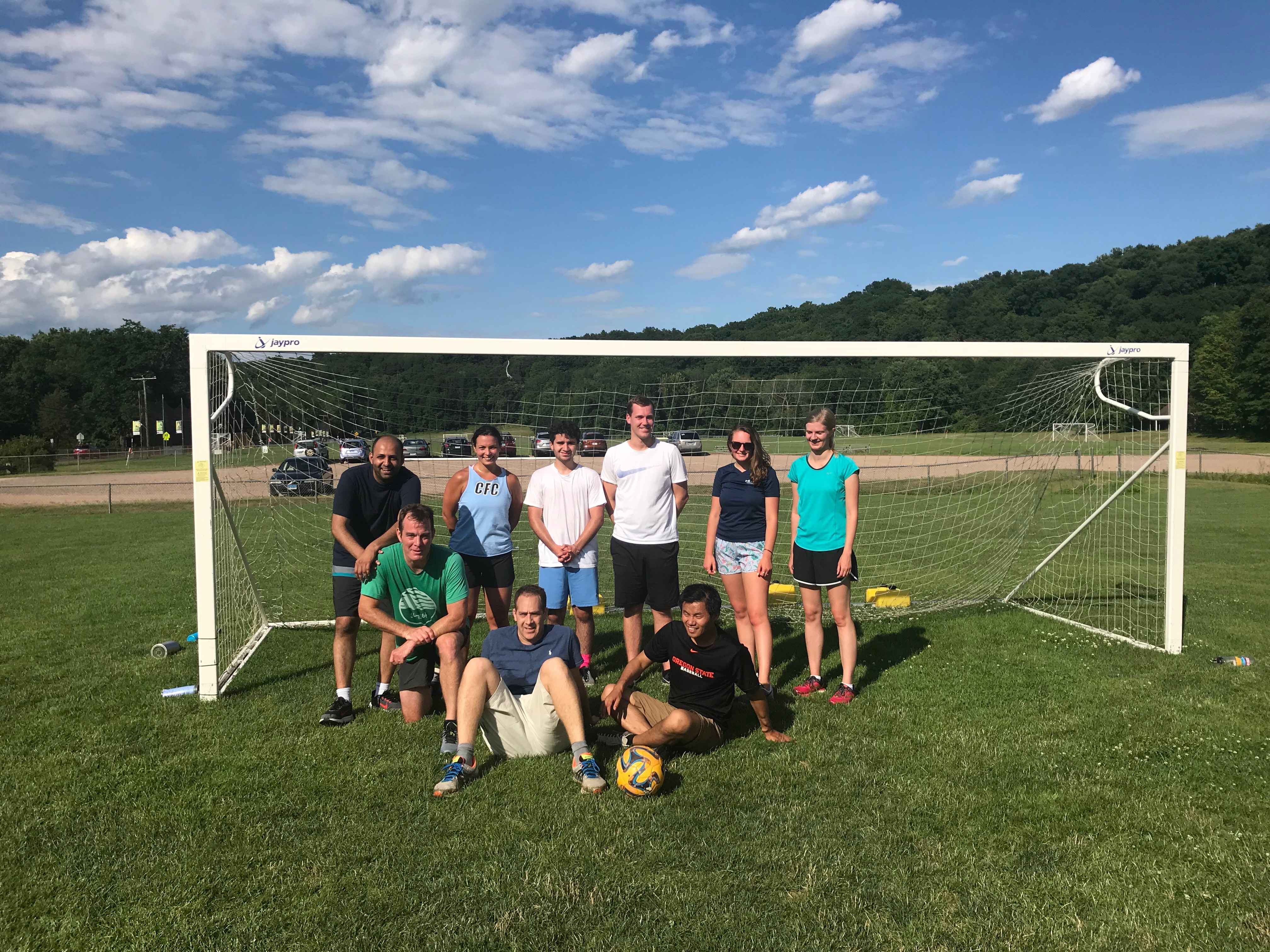 The peace of another typically idyllic summer afternoon in The Happy Valley was ruptured as one Ahmed Elmokadem strode confidently onto the hallowed soccer pitch of Curtis Field E. Fans immediately sensed that this would not be business as usual as Elmokadem jarringly threw down, boldly selecting a team consisting of only interns and himself. Accounts differ, but some say there were half-muffled laughs of derision at this choice. No dispositive documentation of this has been found to date. Said team was soon to become known as the "Young Punks", for reasons that should be self-evident. Yin to the Yang, team "Old School" materialized in opposition. Fans remarked in hushed tones how the geriatric name of this team belied the preternatural handsomeness and athleticism of its members.

Please take advantage of the content we provide here. Our goal is to help, encourge, and inspire you in your own work! If you have suggestions for blog topics, or would like to co-author a blog post with us, let us know!